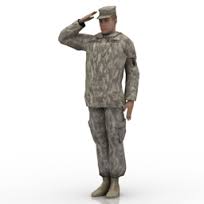 Soul adventurer,, So goes the song soul rebel by the influential Pioneer of reggae music and enriching culture Bob Marley.

I believe when someone calls himself a soldier or a rebel that it is more of a title than a name.

When someone that has a title that I believe a title is more reflective of the characteristics of the nature of the identity, Rather than the actual substance of who the identity is.

A story that comes to mind as I was praying about a message about this topic is the story of the Prophet Jeremiah.

Then basically the word of the Lord came to Jeremiah and he assured and reminded him that before he was even born while he was in the belly, Even before he was born he was known he was called he was sent to fight he was ordained to be a prophet before God’s people above the nations..

Within Jeremiah followed with some doubts because of his age and his youth For he replied that I am just a boy I just a child how can I speak Up to power and into the nations and have influence among your people.

But the Lord said to him don’t worry don’t say that you just a child because I’m going with you and everywhere that you go I will continue with guidance with what to say and the same for what to do.

Oh and it’s just starting to get good now at this point the Lord says where every you should go I will come with thee do not be afraid of their faces I will be there to deliver you.

It was like being assured that you would be rescued from the depths,, even as deep as Davie Jones locker

And then as the story goes in the word of the Lord, the Lord put forth his hand and touched Jeremiah’s mouth and he said I put my words in your mouth.

Now from here we get into the assignments the actual part where he becomes a what I would call a soldier he said.

And at this point he let them know where he put him he’s I put you here in this position over the nations and over the kingdoms then he gets into the specifics of the assignments.

After the Lord let him know where he puts him he tells him what he wants him to do and how he wants something to do it says I have sent you here to pull down to root out And to pull down and destroy and to throw down To build and to plant.

Jeremiah was in the process of realizing that his steps are ordered and his calling was solidified and becoming established To be sent out to be a cry into the ears of Jerusalem.

In conclusion as I bring this blog post into a landing and we have explored the meanings of identity and titles, and even into the process of what A soldier / Soul’Jah resonates as an identifiable aspect that we can all relate to internally..

And continue to grow from..