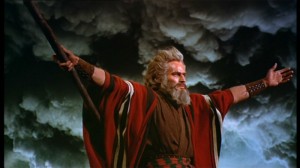 It’s in my spirit to go ahead and share a story I grew up with and to dissect it to pick a part morsels of sustenance to ponder on.

If we go back into the Old Testament of the Holy Bible in the second book of Exodus, among the other stories we will see the story of Moses and his return back to Egypt to free the children of Israel.

If you’re at all familiar with the story particularly the part after Moses descended from Mount Horeb from the burning bush, You know that Moses came back with a mission with a destiny with the purpose that he can no longer stay in his comfort zone of Midian.

One factor to take note of is that when Moses answered his call he was also equipped with the necessary help to fulfill his mission, The Almighty God had revealed to him that he would be operating with the power of miracles. But the people needed proof to believe and have faith had been in the Egyptian system of slavery for many years. So Moses reunited with his brother from birth Aaron and showed the Israelites these miracles And all the people believed that Jehovah was with them.

The Moses and Aaron got themselves together buckled up there boot straps and headed out to the palace to see Pharaoh.

And proclaimed these words that still reverberate through generations in current situations of society.

But of course and as expected the first time pharaoh was a hard headed and stubborn man he wasn’t having it.

Pharoah was actually infuriated because of people wanted time off and went to worship Jehovah so he actually increased their workload and forced him to work harder..

And the Israelites blamed Moses…

No that’s a picture right there how you can be on course with your calling and run into some setbacks and have those around you turn against you, Even the very ones that sure purposed to help and bring to freedom.

The Jehovah said don’t worry I am in control at all times of all things and I never fail and I will make Pharaoh let my people go.

What a refreshing picture it is to trust in God to do exactly what he said that he would do by faith even when things around you does not support it in the natural sense.

Okay I’m back to the story, the refusal to comply on Pharaohs part then followed by signs and wonders Let off by the act of Aaron during down Moses is stick in it becoming a snake.

Pharaoh then called it his own wise men to use their powers and to throw down sticks to create snakes as well.God then saw it fit to reveal his superiority and his almighty power by allowing Moses’s snake to eat theirs.

This offset many other signs and wonders and miracles as well as plagues that eventually allowed the children of Israel to become free.

But that’s for another story